This is an example post. I’m going to post example gratitude example mission vision. I borrowed this from another forum for the sole purpose of illustrating an example post. This team did not apply to RLY Ecosystem DAO.

Economically sound personal tokens. Investors should be rewarded for staking money on a person early on if, later, they become more productive or popular.

Conversely, people who are staked upon should experience an acceleration in the rate of their attainment of success as a direct result of their token holders’ involvement. 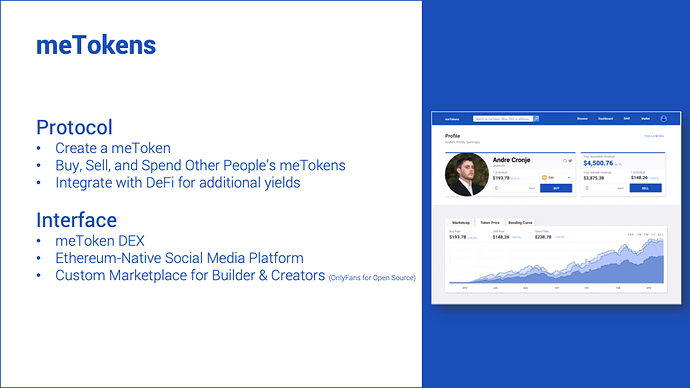 meTokens launched an alpha version of the protocol on mainnet in April 2020 as the first official project to come out of the Raid Guild. The initial deployment operated as a proof-of-concept to validate the hypothesis that collateralized personal tokens, issued by a novel “discount” AMM, could feasibly operate on-chain. The experimental design proved functional and garnered a loyal initial user-base .

While technically functional, the alpha revealed a significant number of opportunities for improvements, including:

Each of these innovations has been rolled into a completely new version of meTokens, which is currently in the final stages of development, along with a brand new, more content rich, social dapp platform. All of which will be made open source upon release.

meTokens are critically different from any other personal token design because their supply and distribution is managed entirely by a custom built AMM, not a centralized issuer. The AMM ensures that all meTokens are properly collateralized with real underlying value, and that this value is predictably skewed in favor of a single address recipient - the “owner” of the meToken.

The owner of the meToken is provided with no special administrative privileges, which allows meTokens to remain uniquely trustless - an important feature when considering how meTokens ought to achieve composability with the rest of DeFi. 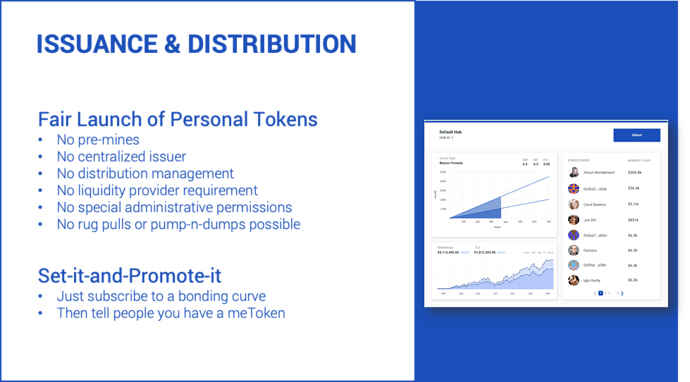 meTokens has taken 0 funding to date. It has all been built out of pocket and through generous early contributions from Chris Dixon, CarlFarterson , MetaDreamer, Ven Gist, Darren Mills, Sam Kuhlmann , and the rest of the RaidGuild family.

The requested funds will serve as a bridge to launch the new, ready-for-prime-time version of meTokens. Expenses include:

None of this grant will be retained by the core team members. It will be spent immediately to get the product closer to shipping.

We would like to invite any and all community members who are interested in contributing to reach out in the comments below or on discord . meTokens needs to be a community owned protocol and we are happy to reward community members with governance tokens and additional funding in exchange for contributions. Current tasks in the pipeline include:

Furthermore, in the event this proposal is passed and meTokens opens a Community Contribution Offering, MetaCartel members will be included in the whitelist of contributors.